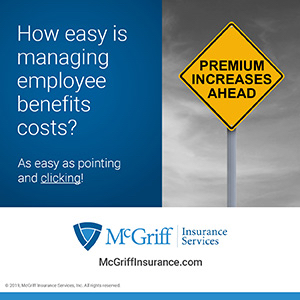 Surprisingly, for a country that is embarking on the biggest political change in a generation, there has been no clear identification of the end destination desired. As a result, there is total confusion in the markets as well as the general public about the strategy that is being pursued and ultimately where the country is likely to end up. The weakness of the Prime Minister after the last election is not helpful. Dependent upon support from another party and needing to keep all shades of opinion within her party on board, she is not strong enough to face down either side of the division in her cabinet.

As a result of relentlessly having to defend her position and fend off possible overthrow, she does not have the luxury of defining a position and holding to it. This opens up space for the disaffected or the ambitious within her party to stir up trouble. In fact, it is noticeable that the major players are more coherently identified by the positions they are against than by what they are for.

The result is confusing messages coming from the media to the general public.

Most of these messages are more concerned about ensuring that someone else will be to blame if it all goes wrong rather than clearly stating what should be done. Interestingly, the same can be said of the opposition, whose stance is simply not clear either. As a result, we are now eighteen months since the referendum and, with barely 13 months to go before the country formally ceases to be part of the union, nobody has a clear idea of what the next stage will look like. Thus, despite all the talk about a dividend, it is difficult to see how this current confusion is good for investment and how the lack of an objective destination assists people in making long-term investment decisions.

There is clearly no sign of a dividend for investors coming out of the mayhem that is currently engulfing parliament and government. There is however, one good side to the stasis that has been induced in the government by the enormity of the Brexit undertaking. Even things that were seen as a given in recent years, such as the looming changes to the taxation relief given to pension contributions, now appear to be far too complex to be implemented alongside the chaotic mess that is Brexit. It seems highly probable, if not actually certain, that investors can plan with full confidence that the regulatory environment is not about to be upended on them.

This is a luxury that is almost unprecedented in recent times and is not to be sniffed at. Whatever Brexit may bring in terms of opportunities for investment and benefits for the economy, and no one on any side seems to have any clear idea of what these might be, those of us in the life and pensions industry can at least take solace in the fact that we have a few clear years when we will not be grappling with new regulations or legislative approaches and that the number of initiatives launched by the government are likely to be minimal. In Part 2 of this blog series, we shared how a microservices architecture is applicable for the insurance industry and how it can play a big role in insurance transformation.

This is especially true because the insurance industry is transitioning to a platform economy, with heavy emphasis on the interoperability of capabilities across a diverse ecosystem of partners. In this segment, we will share our views on best practices for adopting a microservices architecture in order to build new applications and transform existing ones. How can we transform existing monoliths into a microservices architecture? Although the approach for designing microservices may vary by organization, there are best practices and guidelines which can assist teams in the midst of making these decisions.

We encourage insurers to be careful and test the waters. We would caution against starting out with too many smaller services, due to the increased complexity of mixed architectures, the steep curve of upfront design, and the significant changes in development processes as well as a lack of DevOps preparedness. Focus on urgent problems, where rapid changes are needed by the business to overcome system inhibiting issues, and break the monolith module into multiple microservices that will serve current needs and not necessarily finer microservices based on assumptions about future needs.

Although it is a valid thought, an arbitrary size limit on lines of code will create too many services and introduce costs and complexity. Of course not. We must ensure that the costs of building and managing a microservice are less than the benefit it provides — hence, the size of a microservice should be determined by its business benefit instead of lines of code. Another advantage of a microservices architecture is the interoperability between microservices, regardless of underlying programming language and data structure. There is no one framework, programming language or database that is better suited than another for building microservices.

The choice of technology should be made based on underlying business benefits that a particular technology provides for accomplishing the purpose of microservices. Preparing for this kind of flexible framework will give insurers vital agility moving forward. A microservices architecture promotes small, incremental changes that can be deployed to production with confidence. Small changes can be deployed quickly and tested. Using a microservices architecture naturally leads to DevOps.

The goal is to have better deployment quality, faster release frequency, and improved process visibility. The increased frequency and pace of releases means you can innovate and improve the product faster. This requires developers to treat Infrastructure as Code and Policy as Code, shifting the operational concerns about managing infrastructure needs and compliance from production to development. It is also very important to implement real-time, continuous monitoring, alerting and assessment of the infrastructure and application.

This will ensure that the rapid pace of the deployment remains reliable and promotes consistent, positive customer experiences. In order to validate that we are on right path, it is important to capture some matrices on the project. Some of the KPIs we like to look at are:. More important than the size of the microservice, is the internal cohesion it must have, and its independence from other services.


For that, we need to inspect the data and processing associated with the services. A microservice must own its domain data and logic. This leads to a Domain-Driven Design pattern. However, it is often possible to have a complex domain model that can be better presented in interconnected multiple small models.

For example, consider an insurance model, composed of multiple smaller models, where the Party model can be used as ClaimParty and also as Insured and various others…. In such a multi-model scenario, it is important to first establish a context with the model called Bounded Context that closely governs the logic associated with the model. Defining the microservice for a Bounded Context is a good start, since they are closely related. Along with Bounded Context, aggregates that are used by the domain model which are loosely coupled and driven by business requirements are also good candidates for microservices, as long as they exhibit the main design tenants of the microservices; for example, services for managing Vehicles as an aggregate of a Policy object.

While most microservices can be easily identified by following the domain model analysis, there are a number of cases where the business processing itself is stateless and does not result in a modification of the data model itself, for example, identifying the risk locations within the projected path of a hurricane. Such stateless business processes, which follow the single responsibility principle, are great candidates for microservices. If these principles are applied correctly, it will lead to loosely coupled and independently deployable services that follow the single responsibility model without causing chattiness across the microservices.

They can be versioned to allow client upgrades, provide fallback defaults and be developed by small teams. Microservices provide a perfect tool for refactoring the legacy architecture. This can be done by applying the Strangler Pattern. This gives a new life to Legacy applications by first moving the business functions that will benefit the most gradually as microservices.

Over time, those services can be built directly using a microservices architecture, by eliminating calls to legacy application. This approach is more suited to large, legacy applications. Within smaller systems that are not very complex, the insurer may be better off rewriting the application. Adopting microservices-driven development requires a change in organization culture and mindset.

The DevOps practice tries to shift siloed operation responsibilities to the development organization. With the successful introduction of microservices best practices, it is not uncommon for the developers to do both. Even when the two teams exist, they have to communicate frequently, increase efficiencies, and improve the quality of services they provide to customers. The quality assurance, performance testing and security teams also need to be tightly integrated with the DevOps teams by automating their tasks in the Continuous Delivery process.

Organizations need to cultivate a culture of sharing responsibility, ownership and complete accountability in microservices teams. These teams need to have a complete view of the microservice from a functional, security, and deployment infrastructure perspective, regardless of their stated roles. Embedding the operational skills within the delivery teams is important to reduce potential friction between the development and operations team.

It is important to facilitate increased communication and collaboration across all the teams. This could include the use of instant messaging apps, issue management systems, and wikis.


This also helps other teams like sales and marketing, thus allowing the complete enterprise to align effectively towards project goals. As we have seen in these three blogs, the microservices architecture is an excellent solution to legacy transformation.

A Winning Strategy For Worksite Marketing

It solves a number of problems and paves the path to a scalable, resilient system that can continue to evolve over time without becoming obsolete. It allows rapid innovation with positive customer experience. A successful implementation of the microservices architecture does however require:.

In our fourth and last blog in this series, we will illustrate how the Digital1st platform simplifies the development of microservices apps while fostering rapid innovation. Please share your views on this exciting topic in the comments section. We would enjoy hearing your perspective!

To change something, build a new model that makes the existing model obsolete. This quote of his encapsulates what leading insurers and InsurTech startups are doing … building a new insurance business model that embraces the new technologies, customer expectations and shifting market boundaries necessary to succeed in the Digital Age. Are we acting on the rapidly emerging digital age gaps and leveraging our knowledge of the insurance industry and market trends? Are we maintaining our existing reality of Insurance 1.

Are we simply educated observers or are we positioning ourselves as new digital leaders? Interestingly, the trend of companies that reported higher levels of growth in the past year were also much more likely to have been developing new business models, new products, expanding channels and replacing legacy systems continued in , areas that build the foundation of Digital Insurance 2. 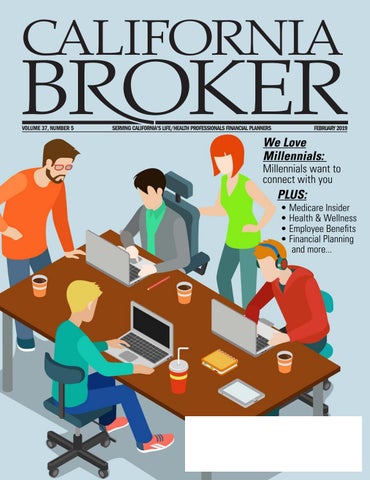 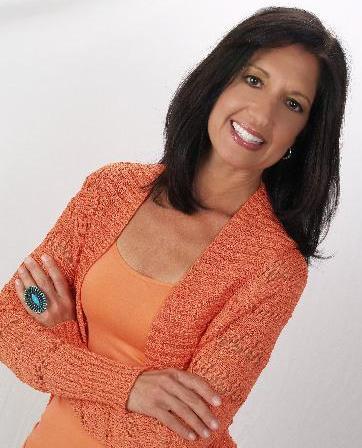 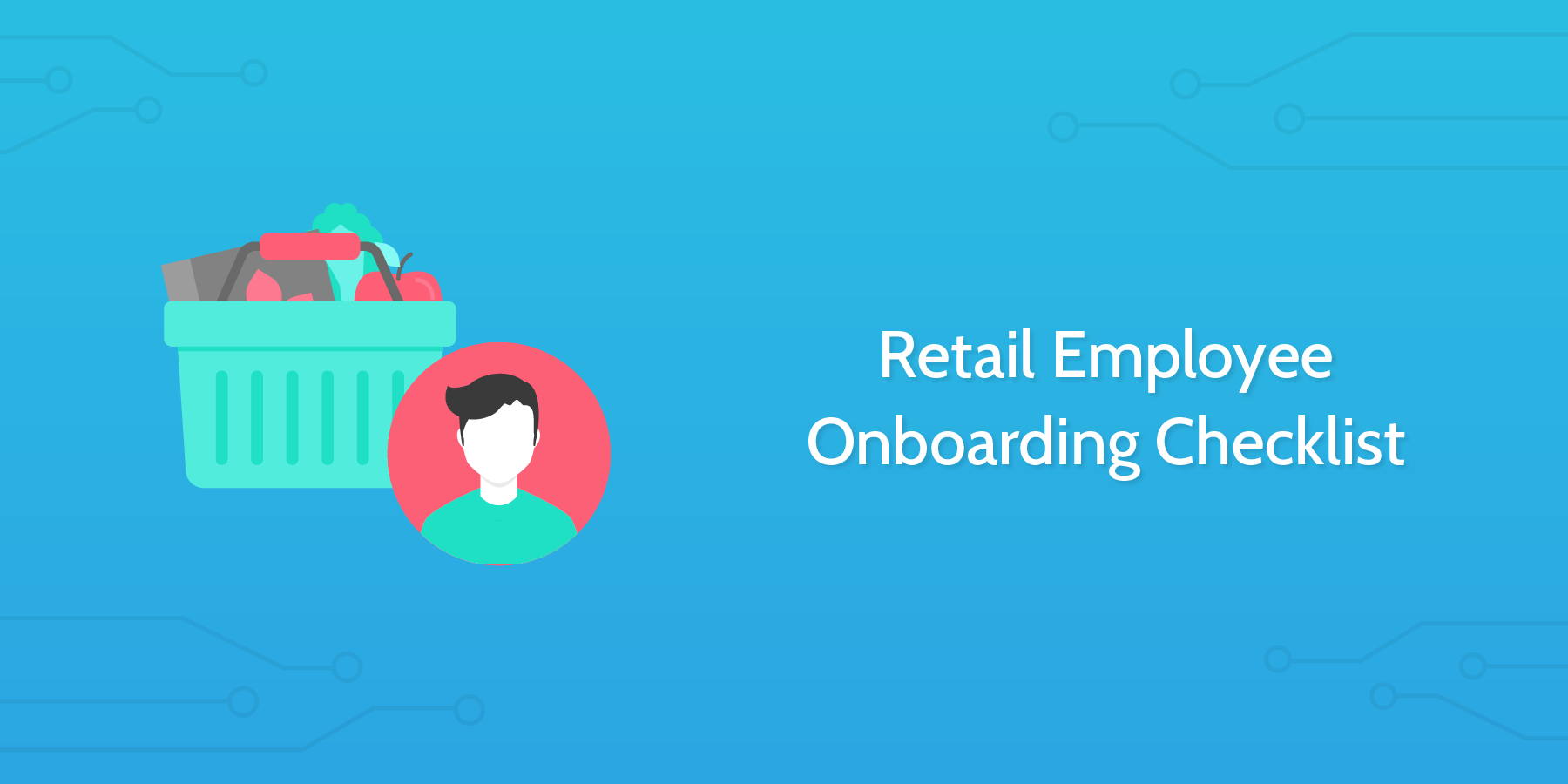